What next for the Uniform System of Accounts for the Lodging Industry?

The Uniform System of Accounts for the Lodging Industry (USALI) has been providing recommendations for the layout of management reports for the hospitality sector for almost 100 years. The first edition was published in 1926 by the Hotel Association of New York and since then this guide has become the industry standard for best practice reporting. Over the years the USALI has been revised and updated several times with the 11th edition published in June 2014, with input from the Financial Management Committee of the American Hotel & Lodging Association (AHLA) and with funding from the Hospitality Financial & Technology Professionals (HFTP), the US based membership body for those working in commercial roles in the sector.

In October 2018, HFTP purchased the copyright to the USALI and set about planning the next update to the guide. Then in October 2019 HFTP announced that with the AHLA, they have formed a co-sponsored committee that will update and expand the current USALI edition to include both U.S. and international accounting standards. It is hoped that the new 12th edition will become the standard for financial and operating reporting for the lodging industry globally.

In order to achieve this, HFTP have formed a new Global Finance Committee (GFC) which is comprised of an impressive group of financial leaders from across a range of hotel brands, operators and owners.

The purpose of the USALI is to provide a uniform approach to internal accounting for the hospitality industry which enables both internal and external users of financial information and statistics to compare the performance of similar properties in the sector knowing that there has been a common agreed approach to the preparation of the data. The latest edition expanded on the recommended key performance indicators for the sector with the inclusion of some forty three pages of ratios and KPI's including the longstanding measures of occupancy, average room rate and REVPAR as well as Total Revenue Per Available Room (TREVPAR), Gross Operating Profit Per Available Room (GOPPAR) and Profit per Metre Squared to name but a few.

With the increasing focus by business owners in the sector on the most profitable use of the total asset space, including restaurant and conference & banqueting space, what new recommendations will the GFC suggest?

Possible areas to debate could include at a strategic level, the difficulty in standardising the USALI across continents where there are different approaches to the implementation of IFRS and GAAP. At a more practical level the current USALI is focused on departmental reporting with statements dedicated to each of the revenue generating areas of the business to show the contribution from these to the overheads known as the Undistributed Operating Costs. Whilst this a common approach across many sectors, in today's world we also want to include the tracking of guest profitability which requires capturing the guest spending across the property and comparing this to the cost of the activity or product. The TREVPAR and GOPPAR ratios offer some insight but many would argue that this is only the start of the analysis as the ratios are in total and are focused on available rooms rather than the total space available.

Another possible consideration for debate could be with the rising cost of labour, captured in the Payroll and Related costs per department and in the overheads, further focus is needed to provide analysis of the labour cost per activity. In order to enhance the guest experience in many operations, the staff teams follow the guest and increasingly are multi skilled to work across a range of departments. Finally, another important area is food and beverage where labour costs are replacing material costs as being the largest cost element in the departmental profit and loss statement.

It is clear that, whilst the USALI has provided an excellent source of consistent advice for the ever-increasing range of stakeholders in the sector, there is most certainly room for improvement, in order to meet the everchanging nature, structure and requirements of the industry. Let us know what you think by emailing us at hello@arena4finance.co.uk

What next for the Uniform System of Accounts for the Lodging Industry?

Welcome to our new team member! 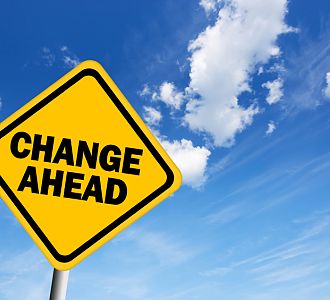 View our selection
of courses & events

What our
customers say

“arena4finance and EAHM have been working together over a number of years and during that time Debra has developed a number of successful programmes in finance topics for our clients.
We have always had great feedback from our delegates for the courses she has delivered. ”